Gastropods are a type of mollusk that can be found easily on mountain peaks up to the sea floors. Mollusk is considered the most successful invertebrates because it distributed a variety of habitats. Among the 80,000 species of Gastropods, about 1500 of which are found in Indonesia and its surroundings. This study aims to determine the level of gastropod diversity and the presence of gastropods at the Siklotok Waterfall and the Silangit Waterfalls at Purworejo, Central Java. Observations were carried out in triplicate between February to April 2018 using the observational research method, where the observation focused on 2 locations with different heights, 347 masl and 268 masl. The results show that the diversity of Gastropods found at Siklotok Waterfall from March to April 2018 found 193 individuals divided into 13 types of 9 orders and 9 families, while at Silangit Waterfall found 66 individuals divided into 4 types 3 orders and 3 families. The next fact is that the difference in environmental conditions such as altitude, temperature, pH and humidity affect the number of gastropods found, where the number of gastropods at Siklotok Waterfall is more than at Silangit Waterfall.

This work is licensed under a Creative Commons Attribution-NonCommercial-NoDerivatives 4.0 International License. 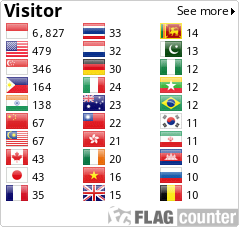